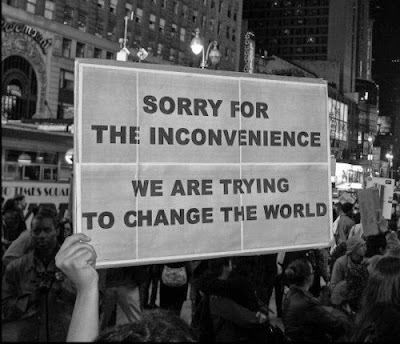 Some of you might know that I used to work at an agency called Pell & Bales.

You might even know that Pell & Bales was a fundraising agency formed out of the Labour Party. That might give you a clue as to why I was so excited to get my first job in fundraising there.

I recently found an email from Simon Pell, the man who set the agency up with Kevin Bales. He’d sent me (because I’d asked) the speech he gave to staff, clients and alumni a few years after he’d sold the agency at its 21st birthday party.

It made me feel fuzzy inside. Here is the middle section…

“When we started we didn’t really have any marketing experience to speak of, and to be honest, we didn’t know that much about fundraising either.

We were basically campaigners and activists - members of CND, Greenpeace and the Labour Party who stumbled across a fabulous way of using a simple bit of technology - and the power of words, of persuasion - to raise money for causes we were deeply committed to. So we were campaigners who discovered the phone and a whole world of possibilities opened up.

And we had a mission – which was to change the world – JUST A BIT – for the better. We wrote it down in a statement and said our mission is to bring about peaceful, social, democratic and environmental change, through powerful advocacy and the right kind of conversation.”


I love those words. Feel proud that I was part of it and beam with pride at the work we did there.

NB > One of the things that makes me feel most proud of Pell & Bales and Simon is this campaign for the ANC’s 1992 election campaign. It was FOUR years before I joined, but I never tire of hearing Simon talk about this one…