The lovely people behind Spring asked me to write a guest post for their new blog. It was published on their site on 08 October 2011. It's very quickly becoming a very useful resource, I'd recommend you check out their website.

Every time I leave the house for work I check for three things, my wallet, keys and my mobile and I’m sure I’m not the only one. When I’m on the train a high percentage of my fellow travellers aren’t reading newspapers or books, they are staring into their mobile phones or tablets.

They are reading e-books, playing games, catching up with the news, interacting with their mates on Facebook, reviewing their calendars or working. I think it’s safe to say that as a nation our mobile phones have become vital to our everyday lives.

As fundraisers we need to be thinking now how we are going to harness the power of mobile to help us raise funds and communicate our messages. Because if mobile is this important to our supporters, it needs to be really important to us.

There have been some amazing campaigns over the last few years, which have really shown the potential of mobile and it all started with the simple SMS or text message. Text messages are great. You don’t need a smartphone to receive or send a text message. Everyone uses text to communicate. Text messages are perfect for fundraisers as they are instant and you can send one in seconds. So it’s no wonder that it’s text that so far has really captured the imagination of fundraisers.

In the beginning we had text to protest 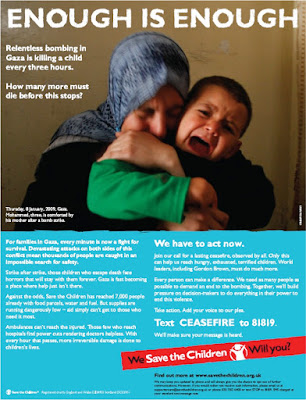 In 2009 Save the Children ran a series of press adverts appealing to the public to call for a ceasefire in Gaza. Text response was central to the proposition and response was phenomenal. Over 180,000 people responded in one weekend from adverts placed in three or four newspapers. With every response came a telephone number, so very quickly this pool of highly engaged campaigners were converted into close to 9,000 new monthly giving donors.

It was the first large-scale example of how mobile, text, campaigning and fundraising could be integrated to achieve multiple objectives. It really was the moment when fundraisers realised that the technology could really help them drive mass participation.

Then we had text to donate

The next step change was the success of the campaign led by Joe Saxton for mobile networks to reduce the percentage of text donation they kept.

This really opened up text to donate as a viable fundraising method. But we all very quickly learnt that you can’t just stick a text number on a print or TV advert and expect instant success. Successful campaigns have mobile and text at their core, they have a clearly defined ‘itch’, the issue or situation that makes us feel uncomfortable and ‘scratch’ the action we can take to relieve the situation.

The advert below was the reason why I wanted to work where I work now. The itch in this case is clearly the fact that a child dies every 45 seconds from malaria. The scratch, just as simple, you can provide a net, right now for £3, which will save a child’s life. 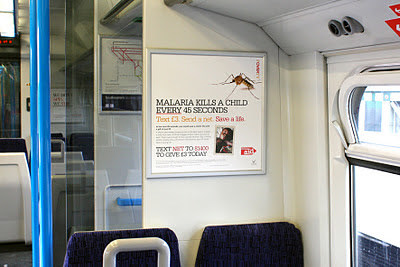 And now it’s text to engage

Charities at the forefront of mobile and text giving are quickly realising that the opportunity is far greater that than simply building a pool of donors for a series of direct debit asks. Testing further text to donate appeals, the impact of campaign updates, thank you messages, asking donors to share the ask into their social networks and the provision of information for donors to keep and refer back to on their phone, are all things charities are currently testing.

And as smartphone penetration increases we are able to deliver very rich and engaging content via links to mobile optimised web sites included in text messages. It won’t be too long before the charities leading in this area will have detailed supporter journeys for their text donors just as they do for cash and direct debit supporters.

That will be the next big step change for mobile and individual giving in general.
Posted by PDG at 20:12