I was delighted to be asked to join the panel at last week’s mobile technology summit organised by Lasa.

The main question facing the panel was, ‘Is the 3rd Sector missing opportunities with Mobile Technology?’ Before I forget what I said, I’ve made a note of my key thoughts in response to the question posed.

From a fundraising perspective I think the sector – or should I say elements of the sector - are doing pretty well at using mobile. Or more specifically maximising the text giving opportunity. Those charities with the ambition to take the strategic lead in mobile fundraising are doing just that.

In the last 18 months there has been a massive explosion in the volume of fundraising campaigns that have mobile front and centre with text being the sole response mechanism. The reason for this is simple. SMS is reinvigorating channels that were starting to under perform, so now we are seeing press, outdoor and other traditional channels start to become responsive again. Those of you that commute to London for work will have seen a lot of charity train adverts recently. They are there because they are working. 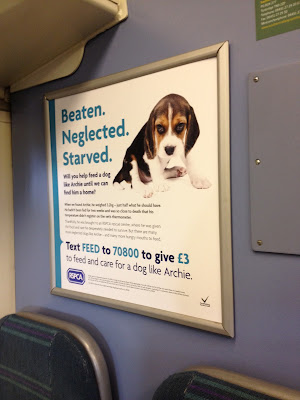 We see the most spectacular results when charities fuse SMS and TV. Comic Relief last year, Sport Relief and most recently SoccerAid for UNICEF all raised huge sums from SMS donations. UK Fundraising recently reported the numbers which are very impressive.

Where the sector needs to work a lot harder is in the area of general communications to supporters, not enough websites are mobile optimised and email newsletters aren’t being designed for being viewed on mobile. All charities need to know what percentage of their website views come from mobiles – I will be surprised if it’s less than 25%, this is a figure that will only increase.

Most critically, few charities are taking a genuinely strategic approach to communicating with SMS donors. Difficult when you only know their mobile number, but not impossible. Commercial companies are spending a lot of time and effort building SMS databases to deliver long term relationships – as fundraisers we need to move past the thinking that SMS is only good for acquisition and get used to the fact that some supporters want to remain anonymous. It is possible to have an SMS only relationship with a donor, some charities have been testing approaches to this for the last year. We can provide information, ask questions and send appeals via SMS, all without having to know someone’s name.

And finally, there seems to be an unnecessary focus on apps as the first place to test or experiment in mobile, this is crazy. Apps have their place but I’d put them a distant third behind SMS and mobile web if I were a fundraising director.